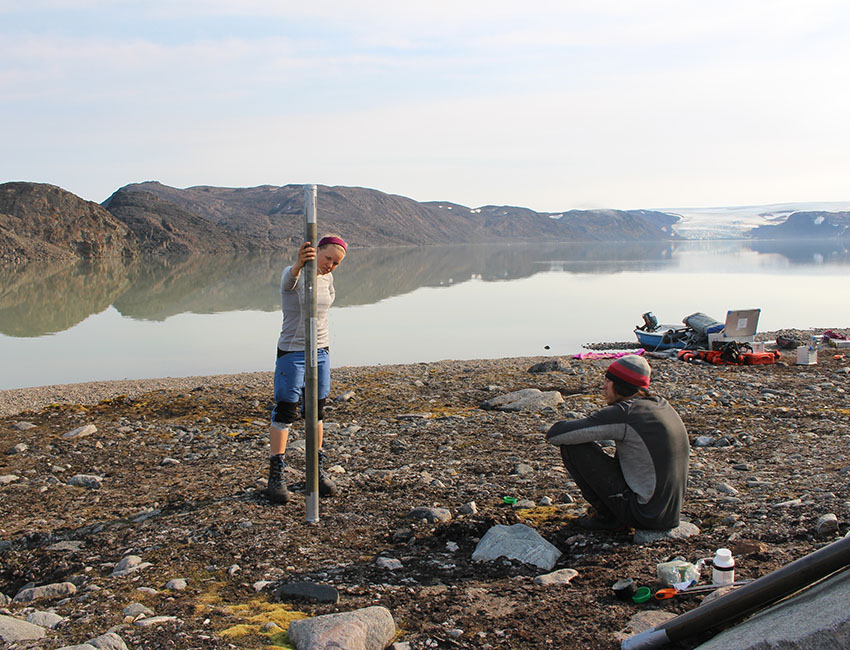 Studying how glaciers in Svalbard acted to the natural warmth c. 10,000 years ago, can help to shed light on how they will react to modern global warming today. Lis Allaart has reconstructed the glacial history of Åsgårdfonna Ice Cap since the last deglaciation to better understand the climatic responses to current climate warming.

Lis Allaart has studied the response of ice caps to past times of climate change by collecting lake sediment cores and geophysical data from Femmilsjøen in outer Wijdefjorden in Spitsbergen, one of Svalbard’s largest lakes, to reconstruct the glacial history of the Åsgårdfonna Ice Cap since the last deglaciation (a process that started as early as 16,000 years ago).

Svalbard is located right at the border between the last arm of the warm Gulf Stream and the cold Arctic Ocean. The glaciers in the archipelago are very sensitive to even small changes in the climate system, and Svalbard is therefore a good location to study how glaciers acted to past climate variability.

The climate in the northern hemisphere was naturally warmer c. 10,000 years ago, due to changes in the Earth’s orbit around the sun as well as changes in the tilt of the axis of the Earth. These natural orbital changes should today lead towards a colder climate, however, the human activity induced global warming is a fact and the climate is actually getting warmer. Studying how glaciers in Svalbard acted to the natural warmth c. 10,000 years ago, can help to shed light on how they will act to modern global warming today. 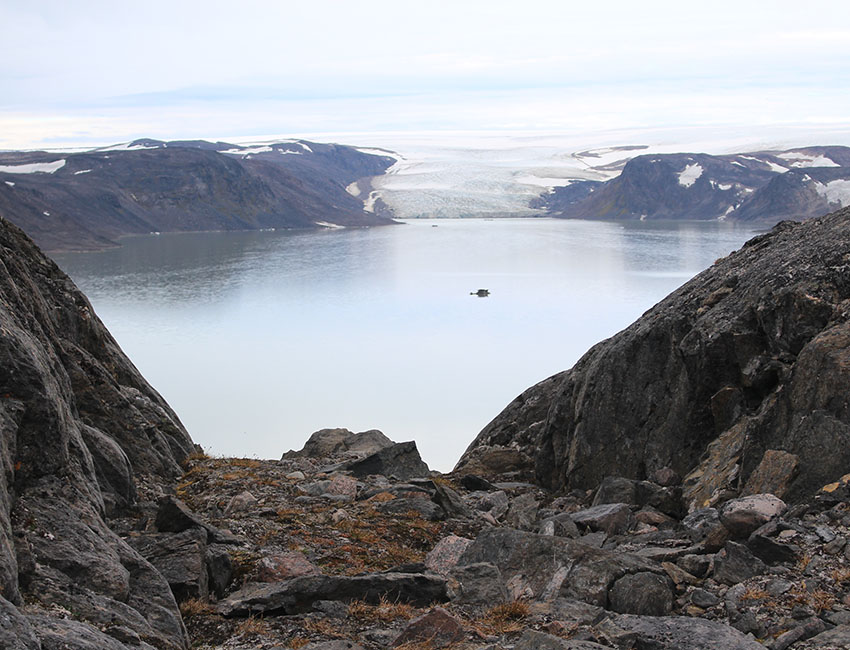 Weather data measured with instruments extend back only about 150 years. To get to know more about natural climate variability, longer climate records are needed. To figure out how climate varied earlier than 150 years ago, climate archives such as ice cores can be used. Lakes and fjords are also excellent climate archives. Over time, sediment (i.e., clay, silt, sand, gravel) accumulates in layers at the lake and fjord floors, and each layer holds information about the time when it was deposited. If one is lucky, plant and animal remnants can be found in the layers, used for radiocarbon dating and thus tell how old each layer is.

The climate archives of the northern part of Wijdefjorden and the adjacent lake, Femmilsjøen, in northern Svalbard were collected during the summers of 2017 and 2018. Plastic tubes were penetrated into the sea and lake floors. Information about the sediment layers below the sea and lake floors were also collected by sending sound waves into the sediments. Additionally, the landscape surrounding the lake was mapped. The plastic tubes full of sediments were analysed in a laboratory in Tromsø. Based on all the material, the glacial history of the past c. 16,000 years of the area was reconstructed. Additionally, a review paper about the glacial history the past 12,000 years of all of Svalbard is included in this dissertation.

During the Last Glacial Maximum (26,500 years and 19–20,000 years ago), the study area in northern Svalbard was covered by a thick ice sheet that left glacial stripes and other traces on the fjord floor. The area deglaciated early, maybe as early as 16,000 years ago. Seawater temperatures and sea-ice extent fluctuated during the deglaciation.

Femmilsjøen was due to land rise after the retreat of the ice separated from the fjord c. 11,400 years ago and a lake was created. The ice cap, Åsgardfonna, which is responsible for most of the meltwater running into Femmilsjøen, was completely absent or a lot smaller than today from 10,100 to 3,200 years ago. The glaciers in the region started growing again c. 3,200 years ago, when it was getting colder again. Today the glaciers in Svalbard are receding with high rates.

Nansen Legacy project blog: The hunt for the hidden life in water