Millions to study the zooplankton 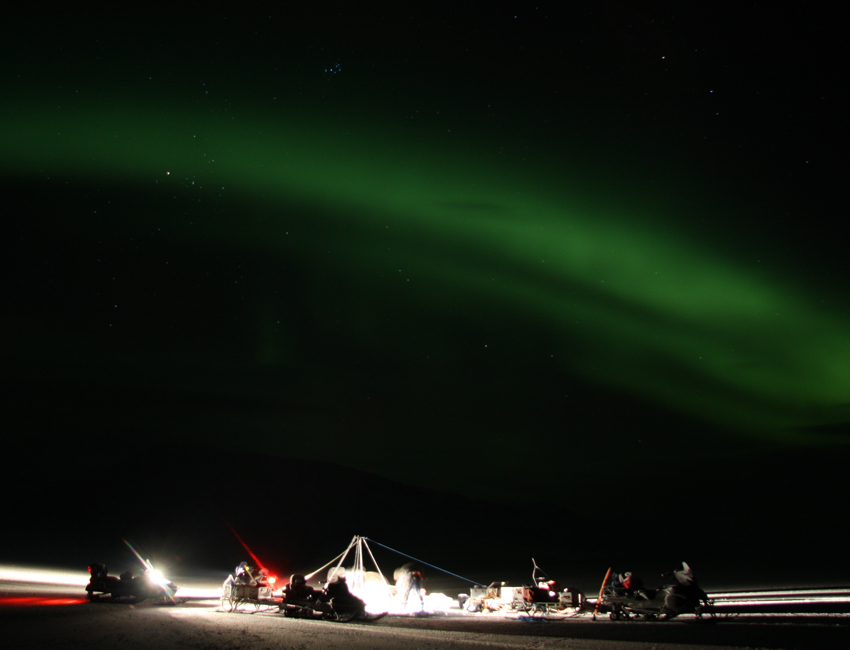 Millions to study the zooplankton

Top image: Scientists performing zooplankton sampling through the sea ice in Billefjorden in January. This work will now continue due to funding from the RCN. Photo: Malin Daase.

The Arctic marine biology group at UNIS has gotten over 12 million NOK from the Research Council of Norway to investigate the vertical migration rhythms of Arctic zooplankton during the Polar Night.  – This is genuinely a new and innovative project that will give us important new knowledge about processes that have hitherto been poorly understood, says Professor Jørgen Berge at UNIS.

The Research Council of Norway (RCN) have allotted 12,6 million NOK to the project entitled “Circadian rhythms of Arctic zooplankton from polar twilight to polar night – patterns, processes, and ecosystem implications (CircA)”. The total budget is 17,6 million NOK.

– This is genuinely a new and innovative project that will give us important new knowledge about processes that have hitherto been poorly understood, says Jørgen Berge, professor in marine biology at UNIS and lead investigator in CircA.

Largest synchronized biomass movement on the planet
The classic paradigm of Arctic marine ecology suggests that most biological processes stop during the polar night at high latitudes due to low food availability and the lack of light. However, over the past years the research group from UNIS and partners have made discoveries that refute this paradigm. (Read more in the articles below).

Polar cod and other marine predators feed on zooplankton, and depend on visual contact in order to identify their prey. Thus, many zooplankton species have developed a survival strategy where they ascend into the food-rich surface waters during darkness and retreat to deeper waters during day.

This strategy is called Diel Vertical Migration (DVM), and is collectively the largest synchronized movement of biomass on the planet, as it is a feature characteristic of all the world’s oceans, says Berge.

International project
Research carried out in the Svalbard archipelago has challenged the assumption that this process (DVM) stops during the polar night. However, the migration pattern is still poorly understood, but now the scientists can investigate this thoroughly with the funding from RCN.

– The aim is to get answers to three questions:   Which species are carrying out the DVM during low light conditions? Why do these organisms migrate? And how important is DVM during the polar twilight/night for Arctic marine ecosystems, explains Berge.

– We also will develop a new set of tools to set these questions into a Pan-Arctic perspective, he says.

The four-year project will have fieldwork in three localities on Svalbard:  Kongsfjorden, Isfjorden (Billefjorden) and Rijpfjorden. On all these three locations the group is currently operating ocean observatories – these observatories will be the cornerstone of the project, says Berge.

Related articles
08.06.2011: The most important animal in the Arctic